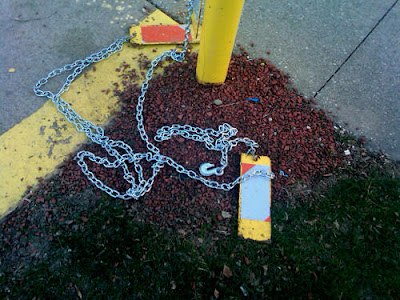 Around this time of year I tend to issue challenges such as:
I will write three new poems before the new year.
Will you write three new poems before the new year?
Ideally, I'll write more than three poems before the new year, but it's hard to know how exciting this break will or won't be.
I just wrote a new poem. I've been averaging one poem every 1.5 weeks. That is not very good, for me.
I sat down this afternoon to write one of the more unpleasant poems of this book. And then I ended up making it nice.
Stockholm Syndrome by Poem.
Whatever. I'll take it.
Fall 2011 semester is done. I'm finishing up rec letters and some editorial projects, and then it's all snowmen and snow ma'ams and popcorn and laziness. And BOR typesetting. And, hopefully, new poems.
- December 12, 2011

Email ThisBlogThis!Share to TwitterShare to FacebookShare to Pinterest
Labels: Fall 2011

I accept your challenge and add this for you.

I challenge you to this task... I also accept your challenge!

I congratulate you on the volume of work you are turning out and finding time to blog away as well. Thanks for sharing your thoughts.

I've been good about keeping things updated over on my website, but not as successful in updating this dear old blog. Many apologi... 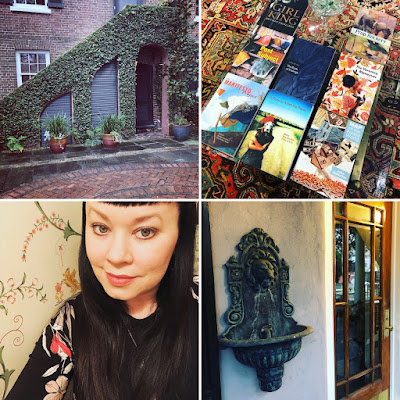 marybid
Akron, Ohio, United States
I live in glorious Akron, Ohio, where I write poems, edit the Akron Series in Poetry, and teach literature and creative writing. I am the author of five full-length collections of poems, including A Sunny Place with Adequate Water, Small Enterprise, and the collaborative poetry collection The Czar, with Jay Robinson (all from Black Lawrence Press). I've received an NEA fellowship in poetry, and several individual excellence awards from the Ohio Arts Council. In 2019 my first collection of prose poems, Partial Genius, is due to drop from BLP. In my spare time, I like to photograph garbage.

The Monkey and the Wrench: Essays into Contemporary Poetics

A Sunny Place with Adequate Water